The Whole is More Than the Sum of Its Parts 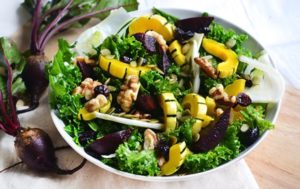 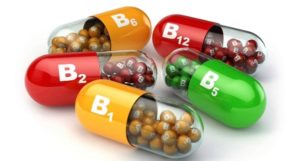 Moses and Elijah were important prophets in the minds of the Jewish people—they knew of them very weIl. In fact, Moses was regarded as the greatest prophet who ever lived. Elijah was also a prophet who stood up to the king of Judah and his wife, Jezebel, when they opposed the God of heaven in deference to the Canaanite god, Baal. He faced off with the priests and prophets of Baal on behalf of God and successfully proved who was the one and only true God.

The Jews were looking for a Messiah, but Jesus did not look anything like the Messiah they had conjured up in their minds. So many things did not add up for the disciples. Although they had seen Jesus do many miracles, at some level they were still waiting to see their concept of the Messiah to appear. Jesus was too mild-mannered for them.

When Peter said he wanted to build shelters for the three of them, he made it very evident that he regarded Jesus as being on the same level as Moses and Elijah. It was clear he did not recognize Jesus as God in the flesh. So when a bright light from heaven enveloped them, and the voice of God the Father thundered, “This is My Son, My Beloved, with Whom I am [and have always been] delighted,” no wonder they fell on their faces, “seized with alarm and struck with fear.” (Amplified Version)

They were still in that position when Jesus came over to them, “touched them and said, ‘Get up, and do not be afraid.’”

It was only after Jesus’ death, burial, and resurrection that their eyes were opened as to Who Jesus really was. Unfortunately, we are far enough away from the events of those days that we still think very much like Peter. We do not recognize WHO Jesus is. Many of us discount His Majesty, Wisdom, and Power.

For instance, I learned as a child at the foot of Jesus (from the Bible) the importance of the food we put into our bodies. God highlighted the passage in Daniel 1:8-20 to me. It became very clear that food was important for health, vigor, and good mental functioning.

I concluded right then and there that I wanted to eat only the best food. But when I tried to talk to people about what I learned, most of them, including those in my own family, thought I was making too much of the issue.

Today, we have good research to show that what I learned by revelation 59 years ago was correct. The research results we have discovered PROVE that whole-foods plant-based eating is what prevents and reverses disease.

The medical establishment still continues to discount the importance of whole food as too simplistic to be the answer. It disregards the fact that the whole is more than the sum of its parts. Researchers find it difficult to not know the exact ingredient in the food that is responsible for making it heal. The medical system, in its reductive way of thinking, continues to search for THE magic ingredient that it can actually isolate and promote as THE answer to the dilemma of disease. So much of the research done neglects the fact that nutrients in the food work together synergistically to bring about the end results—optimal health. That is why mainstream medicine is swimming in a sea of “parts” that don’t seem to go together—and why physicians are mandated to follow protocols that treat the symptoms of disease instead of teaching the patient that the body is capable of healing itself when it is given what it needs.

But research isn’t wasted—it is just inadequate. And although we, like Peter, do not yet recognize that we have the Answer right in front of us, it becomes very clear over time.