A few years ago, one of my adolescent patients came into the office to see me because she was having symptoms of acid reflux and abdominal pains. The symptoms had been there for several weeks and were getting worse. She could not pinpoint any particular foods that were causing the problem. She had already diagnosed her condition to be acid reflux and she knew exactly what I needed to do to make her better. She came to see me for a prescription for an antacid or proton pump inhibitor. This was at a time when the patient could not get a PPI over the counter; they were still obtained only by prescription.

Of course, I never prescribe drugs without first taking a thorough history. I wanted to make sure she had not developed any underlying medical problems. So, I asked her about her diet, which I discovered could partially be the cause of the problem. I asked her more about the symptoms; what made them worse and what time of the day she was the most symptomatic. She denied vomiting. She denied a cough or gagging or having food get stuck in her esophagus when she ate. She denied abdominal bloating. When I asked her about her bowel movements, she assured me that everything was “fine.” However, I decided to explore the issue more. I asked her how frequently she moved her bowels. When she said every 10 days, my mouth almost dropped to the floor and I turned to confront her with, “Seriously?” She assured me it was not a problem. She did not have pain when her bowels moved; although it took her a long time to evacuate her stools.

I countered with, “It is a problem.” And I told her why it could probably be a symptom of a larger issue causing some of her problems with acid reflux. Even though I felt we needed to deal with the constipation immediately, she seemed underwhelmed and did not seem to understand why I was so upset about her infrequent bowel movements. She was glad to get the Prilosec prescription. So, I made sure to give her a one month prescription with no refills. I recommended a few dietary changes she had to make; gave her something to make sure her bowels began to move daily and I told her to make an appointment to see me again in one month.

When she came back one month later, she said everything was much better. Her acid reflux symptoms had resolved on the medication. Her abdominal pains were improved and she was very pleased with how things were going. She completely expected me to refill the Prilosec since it was working so well. I then asked her how frequently she was moving her bowels. She said that she was going about once a week now. I was surprised that with the dietary changes I recommended and the laxative I prescribed that she was not going more regularly. She then said that she stopped taking the laxative. When I asked her why, she said that going every day was “not convenient.”

Needless to say, we had a confrontation. I needed to make her understand the connection between her symptoms and her diet and lifestyle habits. I had to let her know that just because her condition seemed better, she still had a problem since she was on drugs to deal with her condition and she was still quite constipated. Having regular bowel movements SHOULD NOT BE DEFINED AS an inconvenience in our busy routines. They are a necessary part of life and health.

Even though many physicians will reassure you that having a daily stool is not necessary, I believe that physicians’ assessment of “normal” has been skewed over the years because of the fact that we see so many patients whose “normal” stool patterns have deteriorated to every three to five day movements. If physicians now saw every person whose pattern of stooling were outside of what we previously assumed was normal, our days would be swamped with patients who have the diagnosis of constipation without any other underlying health problems. I believe we have had to move the lines of what used to be the normal ranges to include those who have bowel movements up to every three and sometimes four days. I am certain the reason this has happened is because of the overuse of antibiotics which has altered our microbiome, the low fiber, highly-processed diets most people now consume, and the misuse of opioids and other drugs which affect the motility of the gastrointestinal tract.

When I look back at when I began seeing more and more children who were chronically constipated, I think it started after we pediatricians began treating every mother who had positive Group B strep infections with IV antibiotics during labor. The babies began having more problems with gastroesophageal reflux, requiring the use of Prilosec and Prevacid. But they also developed more problems with constipation. Many of them have compromised gastrointestinal tracts from the effects of altered microbial intestinal environments from the mother’s treatment with antibiotics during labor. Babies generally picked up the bacteria from their mothers and those good bacteria colonized their own GI tract. However, their mothers’ GI tracts were now compromised—now colonized with lower number and variety of good bacteria and sometimes an overgrowth of Candida and other more harmful bacteria.

Constipation has also become a major problem with older individuals. Constipation is not a physiologic consequence of normal aging. The problems with decreased mobility develop because of poor diet, medications, and the development of other underlying diseases. These can all contribute to constipation’s increased prevalence in older adults. There is no doubt that those who have a daily stools feel significantly better than those who do not.

It also amazes me that we expect our pets to have daily to twice-daily bowel movements, but we believe that we humans are what? More advanced so we don’t have to poop? If you are unable to eliminate waste you will not be able to detoxify adequately since having regular bowel movements is one of the steps in the detoxification process—an important key to optimal health as well.

To achieve the goal of regular bowel movements, these are the steps to take:

1.      Make sure you are drinking sufficient water. The colon has to be hydrated or else the stool will become dry and hard and difficult to pass. When the weather is cold outside and you are using more heat in the house, you must increase your water intake. That is because when you use more heat, you are losing moisture through your skin and you can become relatively dehydrated.

When you first start drinking water, it will seem as if you are continually urinating. However, over time your bladder will be able to hold more urine and you will not urinate as frequently.

2.      Next, you need to start eating food containing fiber. That means you will have to add more plants to the diet since plants are the only foods that contain fiber. The Recommended Daily Intake of fiber for women is 25 grams/day; for men it is 38 grams/day. However, most Americans only get between 15 to 16 grams of fiber daily according to the Harvard University School of Public Health. In my opinion, none of this is enough fiber. I believe that all adults should be eating between 40 to 50 grams of fiber every day.

Calculating the amount of fiber you are taking is really only important if you are taking fiber supplements. However, if you simply eat a diversity of fiber-rich food, then calculating the amount of fiber is not so important. A severely constipated person needs to go slowly, however. Eating foods with a lot of fiber too quickly can cause uncomfortable cramping and increased making the passage of stool through the colon extremely uncomfortable. Adding more water will help the process not be so difficult.

Children don’t need 40 mg of fiber daily, but fiber intake is as important for them as for adults. They can get adequate amounts of fiber if they eat a variety of plant foods, many of which are fiber-filled. If you feel you need to give your child extra fiber, you can estimate how much fiber your child needs by adding 5 to 10 to your child’s age. For instance, your 5 year old should be eating between 10 to 15 grams of fiber every day.

Foods rich in fiber also make you feel fuller and more satiated. They also help stabilize your blood sugar and decrease your cholesterol. And research has also found that fiber is anti-inflammatory.

There are also studies that show that eating cereals high in indigestible carbohydrates at night has been shown to improve blood sugar in the morning. https://www.ncbi.nlm.nih.gov/m/pubmed/16523203/?i=2&from=/20810606/related

3.      It is also extremely important to remember that the good bacteria in the gut need good food. Unlike most people, the good bacteria are very particular about what they eat. Processed junk food does not allow them to thrive; it is the food for bad bacteria. So eat well to feed the bacteria which help you optimize your health and improve the health of your entire GI tract.

4.      I discovered over the years that we need to make sure that there are no parasites, Candida, or pathogenic bacteria inhabiting our gastrointestinal tract. These cause dysfunction and my experience with many patients is that their presence will cause the patient to either become constipated or to have diarrhea in addition to acid reflux, bloating, and abdominal pain. Treating the underlying problem will improve or completely resolve the symptoms.

5.      Make sure to check for food sensitivity since eliminating these foods from the diet can improve the function of the GI tract.

6.      Moving/exercising will also help improve constipation. Thirty minutes a day is all it takes to restore the regularity of your gut.

7.      Other supplements that encourage regular elimination include the following:

Instead of waiting until things become problematic, please take control of your health. Do the foundational work. If you have had to take antibiotics, always take probiotics to protect the gut against yeast overgrowth. If you are on opioids that can cause constipation, see how soon you can discontinue the drugs safely. If you are prescribed medications, always talk to your pharmacist about the adverse reactions from the medications and ask if there are more serious or undesirable side affects you need to know about. In addition, ask if there are other medications which can be substituted for the prescribed one. Then discuss possibly substituting another drug with your doctor.

Epilogue: the patient I presented at the beginning of this discussion was shocked and a little insulted when I told her she would have to find another doctor to care for her if she refused to do what I recommended. However, she conceded and began to follow my suggestions. During the course of her healing, she was able to come off the PPI medication and the laxative. When she changed her diet, her constipation resolved. She eventually became a nutritionist who is now teaching others what I taught her.
Copyright © 2020 by Sharon A. Collins 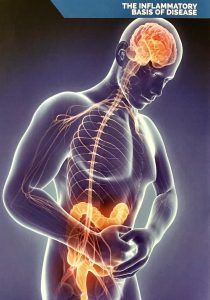