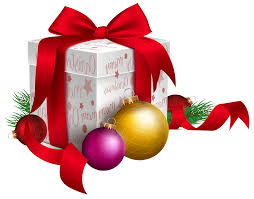 The Christmas of 1984, I finally thought of the perfect Christmas gift for my husband. Louis is a very hard person for which to shop. He has everything. And to top that, he goes out of his way not to be surprised. Therefore, when I realized that he always wanted a portable radio and tape player, I was thrilled that I was not only able to get it, wrap, it, and hide it until Christmas morning, but I was secretly delighted that I would finally be able to surprise him for the first time ever. I longed to see the amazement and delight on his face as he opened his present. On Christmas Eve, all the wrapped presents were under the tree.

On Christmas morning, after our oldest was helping his infant brother open his gifts and was playing with his most precious toys, Louis and I began to open our presents to each other. I could not figure out the look on his face. He was definitely surprised, but there was something else there. He was not as delighted as I had expected him to be. It all became clear to me when he opened the last present—a present to himself from “Santa.” It was a portable radio and tape player. He thought the whole thing was humorous. He kept complimenting me on finally surprising him, but then chose to do something unthinkable. He decided to take my present back and keep the one he had brought for himself.

I dissolved into tears. All my hard work, all the time pondering and planning, all the time shopping for the perfect gift for him was for nothing. He did not appreciate any of it. I would not be comforted. He thought my emotions were excessive. He kept telling me how wonderful my gift was and reminded me that I obviously had figured out what he really wanted and really surprised him. Nothing he said could make me feel any better. The fact was that he took my gift back because he preferred the one he bought.

My husband has continued the tradition of putting something under the tree to himself from Santa ever since but is very careful to make sure I could not possibly have thought of it. Throughout the years since then, he has done most of the shopping for the children, although he and I always discuss the purchases beforehand.

Once not on Christmas after he got a laptop computer, I thought I would surprise him again with a case for his laptop for his birthday. I’m sure you have already guessed what happened—he had already bought one for himself. However, this time he did not take mine back. Instead, he kept both, even though I believe he silently preferred his purchase. My emotions were not as fiery as they were those many years back, but this time the emotion I felt most keenly was ineptitude. But I sighed and kept my feelings to myself.

Over the years, my normal “hatred” of shopping has intensified, but this year, things were worse than they have ever been before. For some reason which I cannot explain I chose to do the majority of the shopping for Christmas. I kept putting it off. I felt exhaustion every time I thought about what lay ahead of me. I carefully thought about what I wanted Louis and I to give each of the children and what I wanted to get for Louis. But I kept telling myself that it was “too hard.” I kept putting off the inevitable. Finally the week before Christmas, I had no choice but to go out. The day I selected to shop was very hard for me. I had no energy at all. I finally dragged myself out of the door at 4:30 PM and did what I needed to do. I crept from store to store. I second-guessed myself at every step. Shopping for the gifts was a chore. I came back home dog-tired and angry.

After this experience, it became very clear to me that there was something beneath all this. As I sat down to journal and pray about the intensity of my emotions behind shopping and gift giving, God graciously brought back to mind an incident when I was 8 years old.

This was the first time I would go Christmas shopping on my own for my parents without my mother directing me to the departments in which she wanted me to look. Her Christmas presents from me where never a real surprise to her. She always “knew” what she was going to receive. However, my 16-year-old cousin had come to live with us and she was old enough to take my sister and me shopping without our parents. Shopping was finally exciting. I longed to see the surprise and delight on my mother’s face as she opened her present.

I walked for blocks from store to store until I found the thing that caught my eye. The gold necklaces and earrings were breathtakingly beautiful. It took me several minutes to choose the absolutely perfect set for Mommy. As the clerk boxed the present, the emotions of anticipation and delight made it hard for me to focus on the rest of the day. When we got home, I carefully wrapped the present and put it away so Mommy could not find it. Every time I thought about Christmas morning, I got a warm feeling inside me.

I could hardly wait for Christmas morning to come. Several presents were opened before mine to Mommy. I was keyed up with expectancy. When Mommy opened the present I studied her face. I saw disappointment. She sighed. She took the necklace out and said, “This was a waste of money, Sharon. This is what people call costume jewelry. Why didn’t you get me a couple of panties or a bra—something I could really use?”

My 8-year-old heart was broken in that one instance. I was filled with shame. I felt incompetent. I felt totally inept. It felt as if I could not get anything right. I felt rejected; thrown away just like the necklace which she never wore.

Now it all made sense to me. All these years I still believed I was incompetent and inept—unable to choose the perfect gift. I still looked with eagerness to see the delight in the faces of those I love when I give them their gifts. I was still waiting to hear the shrieks of delight from them as they opened their gifts. I could not get just anything. My gift had to surpass all others.

This Christmas, take time to look at your emotions. Instead of justifying your reactions and blaming others for hurting you, ask God to show you what is behind it all. Just realizing the connection has healed me. But God made me aware of something. He gave a perfect Gift, yet some reject His gift. Their reaction has nothing to do with the value of the gift. He told me that my gift to Mommy that day was a most excellent gift because it was given from a heart full of love.

Mommy did not recognize what she did. I’m sure she would not have done it if she did. So be very aware of the way you react to others and their gifts to you. Remember to show your children and spouses how grateful you are for them. If you cannot express delight for the gift itself, let them know how pleased you are that they thought of you as they picked out the gift. Let each of them know that the greatest gift they could give you is their presence in your life. And have a very Merry Christmas.