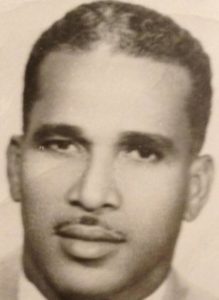 When I was about nine years old, I discovered that my father had started smoking cigarettes. I was shocked. I found out when our family was visiting my aunt. I was in the bedroom playing games with my sister. My father, who had been visiting with the grownups in the living room, came into the bedroom, and pulled a pack out of his coat pocket.

I watched in amazement as he pulled out a cigarette and put the pack back into his coat pocket. I was so shocked that I confronted him before he left the bedroom. I asked him when he started smoking, how much he smoked, and why he was even smoking. I then went on to chide him for smoking. I told him that he knew better. I actually said, “Daddy, you know that smoking is wrong; it is not healthy. You need to stop.”

I remember that my father looked at me, smirked, and walked out of the room. My nine-year-old heart sank. I had learned over the nine years that I had been alive that smoking killed and that people who smoked were not healthy and that it was just not a good thing to smoke. I also did not want to be around cigarette smoke.

So I went into his coat pocket, removed the pack of cigarettes, dumped all of the cigarettes out of the pack. I then went into the bathroom, crushed every cigarette, and flushed them down the toilet.

My father stood there with a look of bewilderment. I was a little afraid about whether he would get angry with me or spank me. However I stood firm and looked him in the eye. My final words to him were these, “Daddy, you know better than this. You know smoking is wrong. Why are you doing this?”

He stared at me for what seems like an eternity and without saying a word to me, he turned around and walked away. I never saw my father smoke after that, but about three years ago my sister told me that my father told her that he never smoked another cigarette from that day.

When I began practicing medicine in 1981 I learned that there were several physicians and nurses who smoked in the hospital where I practiced. However the worst part was that they were allowed to smoke at the nurses’ stations, in the doctors’ lounge, and outside the surgical suites.

I was incredulous. I was the only woman physician in the town and I watched this behavior with interest. I spoke to several Individuals about what I thought was egregious behavior for medical professionals. However nothing changed until . . .

The next morning when I walked into my office I noticed that someone had anonymously placed two brass balls on my desk which I gratefully received as a show of support.

The interesting thing was that even though everybody knew deep down in their hearts that smoking was wrong and that smoking probably caused throat, mouth, and lung cancer, no one was able to come to a conclusion about this issue for several years—at least not until many people had already died. I believe it is because the tobacco industry suppressed very useful information in an attempt to keep the debate going on.

If we feel we have to wait for CONCLUSIVE evidence before we make any changes, we will always be waiting for a very long time. Some of us don’t want to change. As Dr. McDougall says, “People like to hear good news about their bad habits.”

But for those of us who want to be healthy my suggestion is that we avoid everything we know that can cause any harm—that we eat and use abundantly all things we know will do us good, and that we either avoid or use in moderation everything we are uncertain about. That way we limit the chances of bad outcomes.

And the responsibility is ours; we get to make that decision. And we develop more intestinal fortitude along the way.