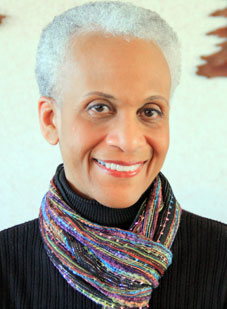 Our culture (the emotional, political, and materialistic ecological systems in which we are immersed) shapes us. Unless we intentionally choose what we focus on and believe, we will be passively molded by the negative messages, the opinions, and the violence to which we are exposed every day.

We live in a free country and I love it. I love the liberty we own that gives us the privilege to do the things we want, to express ourselves in the way we desire, and to be the individuals we want to be. I would never presume to take away anyone’s rights. However, my duty is to choose my responses. I cannot allow the free choice of others to impact me adversely.

According to statistics put out by Free-TV America, 99% of American households have at least one TV and a majority has two or more. The TV is on in many households for 7 hours a day. If children are given a choice between spending time with their father and watching TV, 54% prefer watching TV. By the time an average child finishes elementary school, he or she has watched 8,000 television murders. By age 18, the average adolescent has watched 200,000 violent acts on television.

In my opinion, there are serious adverse physical, mental, and emotional consequences to watching too much TV. Exposure to the violence depicted on TV decreases our impulse regulation and increases our risk-taking behaviors. But TV is not the only culprit. We also are drastically influenced by the Internet and other media. The airbrushed images in magazines leave many people dissatisfied with the way they look. The drug companies’ advertisements on TV and in magazines influence us to believe that we are broken and are unable to make it without the aid of their drugs. The advertisement of a school aged child apparently pleased that he has the correct answer to a question because he is on stimulant medication causes most parents whose child is failing in school to believe that their child is broken and can only be fixed with drugs.

My husband and I dissected a recent advertisement that aired at least three times in one hour. The message was meant to instill fear in the hearts of every middle aged person in America. The message? I had my first heart attack at a relatively young age. The only real risk I had was my age. I had no symptoms. Even if you feel good now, you could be sick. You should talk to your doctor about starting this medication.

The drug companies have been so successful in convincing patients about the need to take their allegedly efficacious drugs that the insurance industry has had to sharply restrict the number of prescriptions written by physicians who find it hard to say no to their patients’ demands for many of these new “me-too” drugs. The insurance industry has simply refused to pay for medications that have not been proven to perform any better than their soon-to-become generic predecessor.

We are told that the media simply report what is already happening in our culture. We are told they have nothing to do with impacting our culture. I vehemently disagree. I insist that we are so immersed in the broadcasted messages of the culture that these messages actually shape our beliefs. Once these messages are part of our unconscious reality, they are what drive our behavior. The advertisement industry understands this truth better than we do. That is why they spend billions of dollars every year to study how to influence and persuade people. They know that if they can get us to change our beliefs, they have lifelong customers. Why don’t we recognize what is happening?

The dysfunctional relationships on TV are only going to interrupt your objectives. It is also important to realize the impact TV or radio have even while you’re asleep with it on. The time when you are falling asleep and actually asleep is very impressionable. Negative messages are implanted into your subconscious and unconscious mind. Our unconscious minds drive our behaviors more than our conscious, intellectual minds do.

Still unconvinced of the impact of subconscious power? Recall a time when you drove to work so upset about an issue you were dealing with that when you arrived at work, you could not even remember how you really got there. Your unconscious mind drove you there while your conscious mind was busy trying to figure out how you would resolve the current crisis.