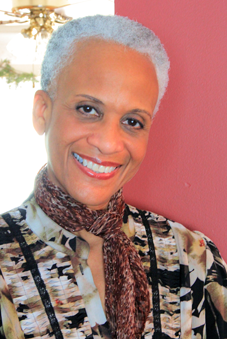 What do you really believe about yourself, your spouse, your child, your finances, your potential, and God?

I challenge you to look at the condition of your life and you will see what it is you truly believe. It was in examining my own life that I realized I wasn’t living the way I consciously desired to live day-to-day.

Physicians are very busy people in general. So what I say next is not meant to imply that all busy physicians have problems with faulty beliefs. The issue is not the usual busyness of the profession—my story is intended to convey overwhelming busyness that was outside the normal range.

Thirty years ago, I did not know any other physician whose life seemed as busy and chaotic as mine. I was a respected physician, but my colleagues and most of the nurses branded me as one who had a “dark cloud” over her head because of the types of emergencies that would come in when I was on-call and because of the extraordinary number of admissions to the hospital I seemed to have on my call days.

My life as a young resident physician was stressful and exhausting. My days and nights were constantly interrupted with emergencies. I never slept more than one to two interrupted hours on most of my nights on call. Most times I would no sooner get into bed than my beeper would go off.

In my first practice, our typical weekend on-call began on Friday morning and ended on Monday morning. This happened once every three weeks since there were three of us. My regular weekly day on-call was Tuesday.

Therefore once every three weeks, I was on-call from Friday to Wednesday morning. Wednesday was my usual day off. My days consisted of a tiring and hectic day in the office after which I would go home to an endless pile of paperwork which never seemed to be finished. We frequently went to other hospitals to pick up premature babies born at the surrounding hospitals and bring them back to our hospital where we would treat them in our neonatal intensive care unit. We did not have ER physicians in the hospital at nights. The community physicians were the ER physicians for our community. Therefore, if an ill pediatric patient came to the ER, the pediatrician on-call was responsible to see and treat that patient.

One night on call after a very busy day in the office, I arrived home after the children were asleep. My husband had prepared a meal and as he was putting it on the table for me, said, “I hope you have a quiet night.” I immediately retorted, “I know this night will be horrible. It has already started. I just know that someone will come into the ED as soon as I get ready for bed.”

He said, “Sharon, don’t say that. You’re going to bring about what you say.” I was furious with him. I was totally exhausted. I did not want to have to go back to the hospital. Did he think I enjoyed being this busy? I couldn’t believe he said that. How dare he insinuate that I had any control over the emergencies of others?

That night I pleaded with God to keep things quiet. But as soon as I got into bed, my beeper went off and I was called to the ER to see and admit a very ill child. I was so worn out, I began to cry. My husband looked at me with pity in his eyes as if to say, ‘Well, you brought this on yourself.’ I left upset and angry and I still did not believe him or his theory, but he planted a seed that night.

As I began to examine my life, I realized several things. My family of origin had always been very busy, industrious people. There are many good things about that. We accomplished much. People were always amazed at how much we could get done as a family and they were always complimenting us. My father did not believe we should sit and “do nothing.” Relaxing was something for those who were slothful. There was always “something you could accomplish” or someone we could be helping.

I began to realize that I had a deep-rooted belief that I was not valuable unless I was busy, unless someone needed me or unless I accomplished something. I painfully learned that I was the cause of my own hectic and chaotic life. I attracted the hectic situations and stressful circumstances I needed to make me feel valuable. I certainly did not do this deliberately. I consciously resented being so busy. I had young children and I deeply desired to spend more time with them. I desperately wanted time-out, but because of my beliefs, I could not rest.
That recognition was a turning point in my life. As soon as I recognized my erroneous beliefs, God healed me by revealing truth to me, and my circumstances began to change.

First of all, I began to verbalize what I wanted to see. The first thing I did was to renounce the negative things people said about me or my circumstances. As soon as the nurses or physicians would say, “I know this is going to be a horrible night because Sharon is on-call,” I would immediately refute that and counter, “Not tonight. Tonight is going to be a peaceful, restful night.” Things were better immediately. Does that mean I stopped having admissions and emergencies? No, but now my periods on-call were no different than that of most physicians. I also began to take more responsibility for my decisions. I confronted my partners about the unrealistic weekend call schedule and insisted that we change it to something more practical and beneficial for all of us.

More and more I realized how my beliefs and attitudes shaped my life. I learned to find my value in my worth to God rather than in my accomplishments. I began to verbalize into my life what I wanted to experience instead of repeating the lies I learned as I grew up or the values and ideologies I passively assimilated from the culture in which I was immersed.